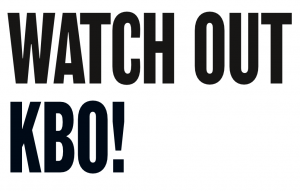 High-crime-rate locations (German “(kriminalitätsbelastete Orte”, henceforth kbOs) are areas in which police are allowed to stop and search people without any reason, or any suspicion of a felony. They form the basis for racial profiling and other discriminatory procedures that the police carry out. Alexanderplatz, Kottbusser Tor, Görlitzer Park, Warschauer Brücke, Hermannplatz, and parts of Wrangelkiez, Rigaer Straße, and Hermannstraße are considered kbOs.

Where these kbOs start and end – that is to say, on which streets – is not published anywhere and remains top secret. The criteria used to determine them is also not publicly available. The police decide them on the basis of service reports, when they have discovered a “major crime” such as drug trafficking taking place in certain areas. But the police are themselves aware that drug offences are really more like inspection offences: the more an area is searched, the more drugs the police seize there (in Görli and Wrangelkiez especially, that drug being cannabis). Violations of legal residence regulations are also, overwhelmingly, just inspection offenses, while being massively encouraged by politicians: for instance, according to Interior Minister Geisel (SPD), inspections carried out in Görli in March served the secondary purpose of targeting refugees from the west African country of Guinea for deportation. By carrying out more inspections, more (potential) offences are discovered, even if it’s purely a matter of paperwork. kbOs are, however, regularly reviewed, albeit by police management and those working in the police chief headquarters. The police determine kbOs via a set of opaque criteria and verify them themselves afterwards, while the exact borders of these areas remain a secret. Any chance of public scrutiny? Not one bit! And while this may sound like a bad joke, the consequences are a bitter reality for many people!

There is also a lot of scepticism regarding the legality of kbOs. For example, they violate laws against discrimination, because police can explicitly turn any area into a kbO, if they suspect that those violating residency regulations are likely to meet there. Lawyers consider this to be impermissible, and criticise the fact that, due to the lack of transparency from the police on the subject, they cannot be legally supervised, or overseen by those affected.

kbOs also form the basis for enormous amounts of discrimination against entire sections of the population, as a result of the permanent presence of the police. Those who are especially monitored and criminalised include Black people, people of colour, Roma and Sinti people, young people, drug users, unhoused people, and sex workers. One element of this is that people then receive a 12-month ban on residing in any part of the neighbourhood. All of these measures are therefore a crucial component of displacement politics, and have to be seen in the context of gentrification, as well as securitisation discourse. Subsequently, segments of the population are forbidden from being visible in public spaces, and hence prevented from using them, while refugees end up being deported from them.

We demand the immediate abolition of these special legal areas for the police. Problems are not solved in this way; rather, they are merely moved elsewhere. We demand social benefits for refugees, as well as residence and work permits! This would solve many people’s problems, and not just here in Wrangelkiez.

You can use these registers to fill out an online form and easily document any discriminatory behaviour that you may witness.

We do not want a permanent police presence in our neighbourhood!

We want to live in a united neighbourhood!